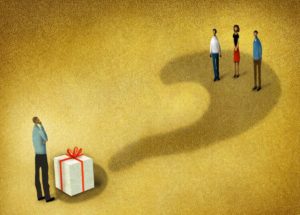 The recent presidential election, combined with Republican control of both houses of Congress, is widely expected to lead to substantial tax reform in 2017 and beyond. High-income earners who are planning to make significant charitable gifts in the near future may be able to maximize the value of their charitable donations by making such gifts before year-end 2016.

Although several competing tax-reform plans have been proposed (most notably, one by President-elect Donald Trump and another by House Speaker Paul Ryan) and much uncertainty remains, there are some commonalities to be found among the proposed reform initiatives. As you begin your year-end tax and philanthropic planning, consider the following:

1. Personal income tax rates on ordinary income are expected to be compressed from the current seven brackets to a simplified three-bracket structure. At the same time, the highest marginal income tax rate is expected to decline from the current 39.6 percent to a proposed 33 percent. As a result, a reduction in the highest marginal tax rate would reduce the after-tax benefit of the charitable tax deduction, especially for donors in the highest tax brackets.