OUR MISSION / To be a responsible steward of our lands through a balance of conservation, education and recreation.

OVERVIEW / Founded in 1972, the Catalina Island Conservancy is the oldest and largest private land trust in Southern California. It protects nearly 90 percent of Catalina Island, including more than 60 miles of unspoiled beaches and secluded coves—the longest publicly accessible stretch of undeveloped coastline left in Southern California. Catalina Island is home to 60plant, animal and insect species found nowhere else in the world. It is visited by more than one million people annually. More than sixty thousand school children each year visit camps on Conservancy lands.

The Conservancy is a leader in conservation programs that protect and restore endangered species and threatened habitats. It conducts educational outreach through two nature centers, its Wrigley Memorial & Botanic Garden, guided experiences in the Island’s rugged interior, and its award winning radio series Isla Earth.

The Conservancy believes that effective conservation in the 21st century is by people for people, and on Catalina Island tests solutions to environmental challenges here, and across our Island Earth. 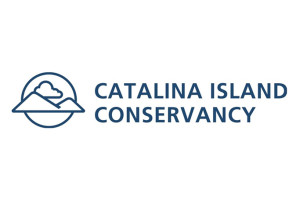