Sunsets was the bar of choice for FLOC’s September 2010 event with Court Appointed Special Advocates.  Kendra Puryear, CASA’s Communication Director addressed CASA’s roll in the community and their commitment to advocate for Orange Counties abused and neglected children.  During the month of August, FLOC members assisted CASA by helping to organize games and activities at one of its summer picnics.  FLOC members also assisted CASA at its holiday party in December.

“It’s just me being there and spending time with her and I know she appreciates it because every time I see her she gives me a huge hug and her eyes sparkle.  I know that just being in her life is doing something good!” Laurie Ellen Park, Court Appointed Special Advocate.

CASA volunteers are appointed by judges to watch over and advocate for abused and neglected children, to make sure they don’t get lost in the overburdened legal and social service system or languish in inappropriate group or foster homes.

The National CASA Association is a network of 1,000 program offices that are recruiting, training and supporting volunteers to represent the best interests of abused and neglected children in the courtroom and other settings. 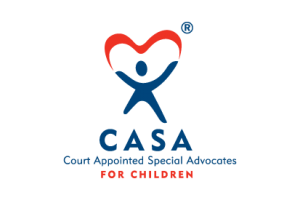